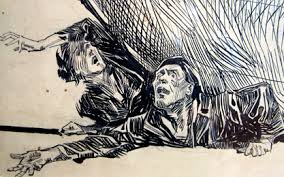 Whenever he looked through his windows every evening, he always saw the old man stained with the wrinkles of hard work; striving to make a living from his old tattered vehicle which he repaired every morning and evening before he left for his daily job and after he came back. He was compassionate towards the old man, and his granddaughter who had been abandoned by his second daughter after getting pregnant at a tender age. The old man’s situation was pathetic to the extent that his granddaughter didn’t go to school, and she had to wait on some days for her grandpa to provide money for their daily meal.

They were not like this you know? They used to live in their own house until it was demolished by an administration who handed them a slender wad of money for razing their house. The money could not amount for the materials’ bought in the house, so he used the money to buy a plot of land, and used old zincs which were the remains of other people building materials’ to patch up his house, but during 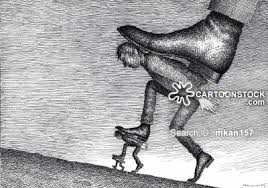 those times, he and his granddaughter slept in his car for months with the sun and rain heating and wetting them. His wife had left him; the woman who had promised to be there both in good and rough times. What more could he do than to fend for his little girl and pray that life smiled on them. On some days after he had fixed his old car, he would seat on the pavement with his granddaughter who was around ten years old, and talk to her aloud about life, the country and different administrations emphasizing on how the rich got richer and the poor got poorer. He spoke so loudly that one could hear afar off.

As he stood by the window peeping at the old man, he whispered to himself:

“I crave for more money, and complain about how life has been so unfair to me, are these old man’s troubles not greater than mine?”

Deep down, he was filled with the burden of guilt that he thanked his creator for his well being.